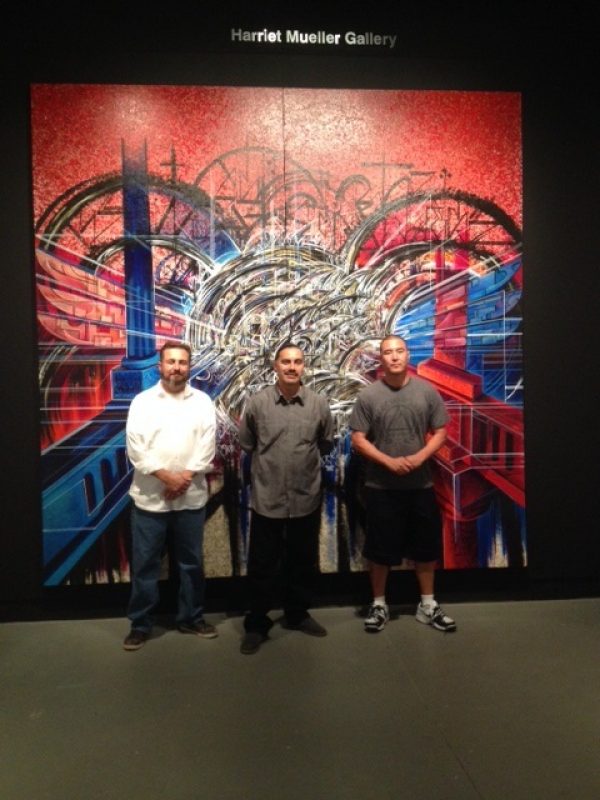 “Bridging Homeboy Industries: Fabian Debora, Alex Kizu and Juan Carlos Muñoz Hernandez” opened at the Robert and Frances Fullerton Museum of Art, at California State University, San Bernardino, on October 6, 2014, and I was lucky enough to be at the opening reception. One of the things that struck me was the act of art as a method of humanizing those individuals that are often seen on the fringes of society, who are often ostracized—gang members. This exhibit becomes proof that art is transformative, not only for the artists but for the audience as well.

Since 1988 Homeboy Industries, a non-profit organization founded by Father Gregory Boyle, has been working to help gang members in Los Angeles construct a new life for themselves. There are many ways that Homeboy Industries does this; through jobs, therapy, and education. Another way however, is to encourage creativity, which is exactly the case with the three artists presenting their work.

During the artist talk, Fabian Debora shared that art was his “big brother” and it was what kept him sane as he grew up in the projects of Boyle Heights. He recalls Father Boyle encouraging him to pursue art when his teachers discouraged him. Debora’s work presents a different perspective of Boyle Heights; one that is more about cultural intersections as opposed to divisions. His paintings tell a variety of narratives about Boyle Heights, rather than sticking to one idea that reduces its inhabitants to transgressors of violence instead of being members of a complex community. Or put simply, he presents his subjects, gang members or former gang members, as human.

While, Debora’s art seems to be firmly grounded in reality, Juan Carlos Muñoz Hernandez’s is looking at reality through an abstract lens. From sculptures reminiscent of graffiti, to paintings as litany, there is an organic sense of spirituality that emerges in each piece. Each sculpture’s reflective surface, for example, serves as a mirror between the audience and the art so that he/she becomes one with the bronze, part of the art; forcing the viewer to see themselves as they had never done before. The experience, then, becomes unique for each person who comes into contact with the sculpture.

Lastly, Alex Kizu’s work, which pays homage to historical figures like Bruce Lee and Crazy Horse, is a maddening kaleidoscope and an exploration of lettering, in which each painting demands attention. Because, like Debora and Hernandez, Kizu pulls from his graffiti background, letter shapes are at the foreground of his work. What this does is force the audience to want to read the painting, only to get lost within something so familiar as letters, and enter a different reality that Kizu has created; one in which our concept of language, and ultimately the self, is transformed.

What each artist posits in their work is that, in art, there is the possibility of human transcendence, which breaks through the cages that we have been put in, or that we so willingly have entered by our own accord.

“Bridging Homeboy Industries” will be on display at RAFFMA, at Cal State, San Bernardino, until January 31, 2015. For more information related to this exhibit or to RAFFMA please visit: http://raffma.csusb.edu/visit/BHI.htm

PrevPreviousBREAKING DOWN THE CAA STUDENT GALLERY’S “COUNTER CULTURES: CHALLENGING THE STATUS QUO”
NextBRINGING ARTS AND CULTURE TO THE VICTOR VALLEY: AN INTERVIEW WITH DAVIDA S. JAMES OF VICTOR VALLEY ARTS AND EDUCATION CENTERNext 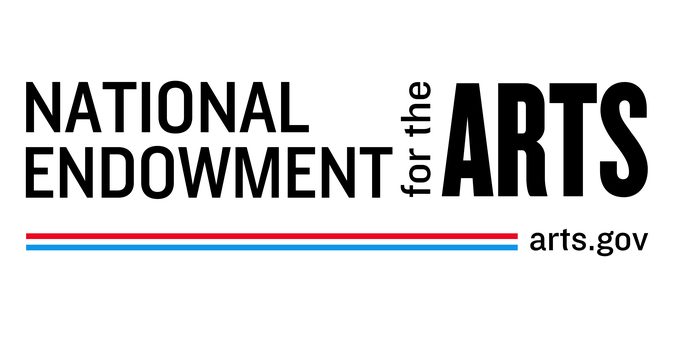 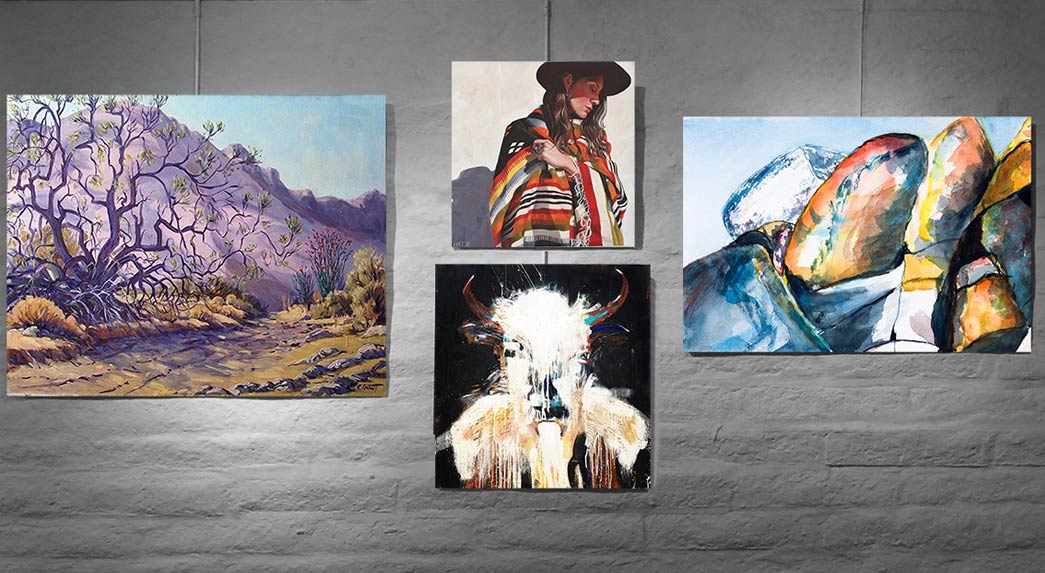